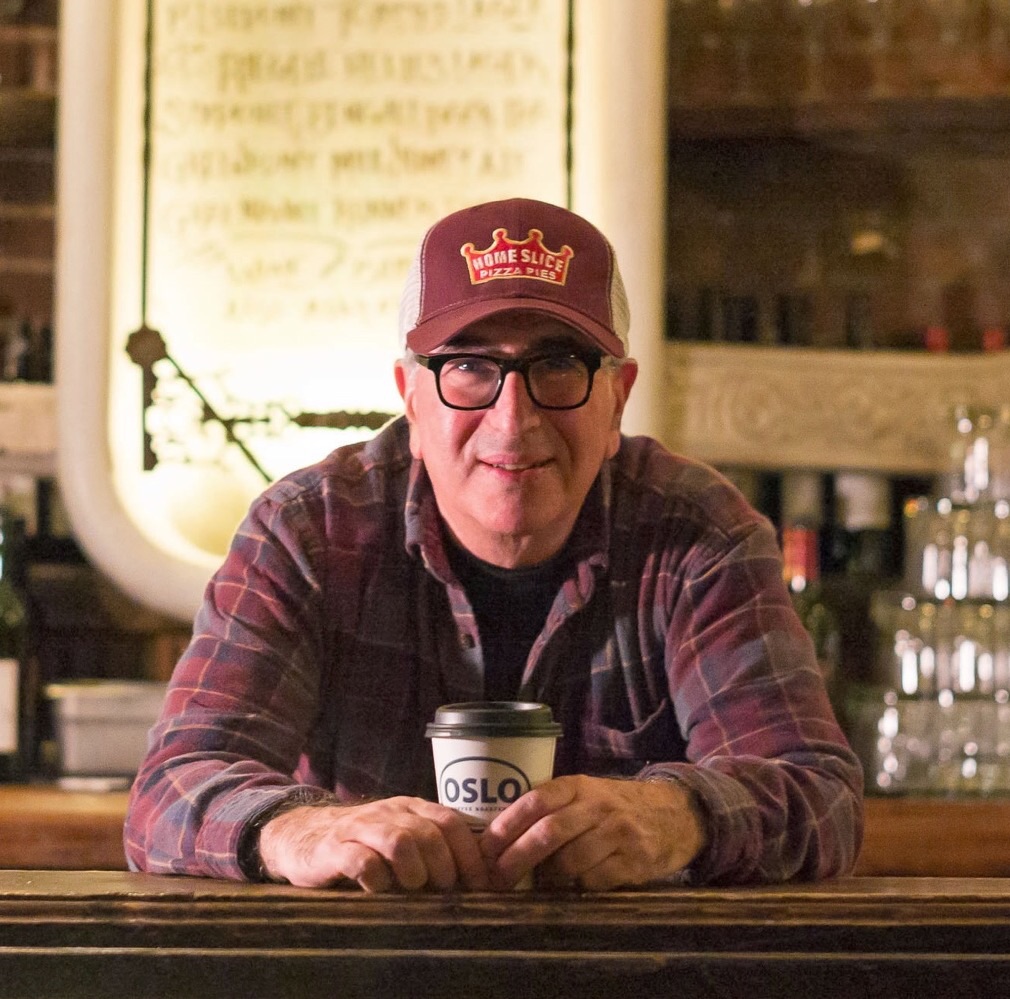 Paulie Gee grew up in Brooklyn and developed a love of pizza at an early age. After moving to New Jersey and toiling in a corporate IT career for which he was unsuited for some 30 years he decided to turn his culinary passion into a “retirement plan”. In 2007, he enlisted the help of a friend and built a wood burning pizza oven on his property in Warren NJ. That oven became his laboratory, marketing headquarters and fundraising office. After receiving much advice and encouragement from many of the pizzeria owners he hoped to emulate, in the Fall of 2009 he signed a lease on a space in a then quiet corner of Greenpoint Brooklyn and swung open the doors of his eponymous pizzeria on March 9th 2010. Like the pizzeria owners he idolized, Paulie presided over his establishment on a nightly basis and in a relatively short period of time it became one of the most popular and highly regarded pizzerias in the city. He eventually decided to take all that he had learned and help others with a passion for pizza and entrepreneurship become owner/operators of Paulie Gee’s outposts in other parts of the country. In 2016 the first of those establishments opened their doors in Columbus, OH, Baltimore, Chicago and Miami. While continuing with an eye on expanding his brotherhood of pizza entrepreneurs into other cities, in August of 2018 he opened a vintage NYC slice shop around the corner from his original Greenpoint location which is an homage to the Brooklyn pizzerias of his youth. Based on the success of the slice shop in May of 2021 he opened a second one in New Orleans, a city that is rich in two of his greatest passions, food and music. He most recently opened a slice shop and tavern in Philadelphia with his son Derek.